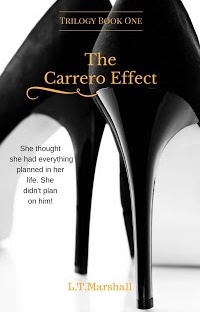 December 25, 2016December 7, 2017 L.T Marshall
The profiles on my book characters have proven pretty popular in the past and I decided as my Trilogy book one is free on Wattpad, or available to purchase as an ebook, I should introduce characters along the way with more in-depth profiles, better to form them in your head!
So, let’s celebrate my Book one going public in the way I love the most. Introducing Jake!

Want to read Book one for free? – Click here

Name : Jacob Antony Carrero
Date of birth : Dec 1st 1988
Height : 6ft 2
Eye colour : Green
Hair : Darkest brown, short and styled
Build :Tall, well built. Muscular.
Occupation :CEO of the family business.
Star sign : Sagittarius
Most noticeable feature: His cheeky smile.
A little about Jake
Jake is one of two sons to the infamous Giovanni Carrero, head of the Carrero Empire. The family are huge hotel and spa tycoons with wealth and influence. Jake was brought up very publicly, his family are always an interest to the media and he’s been the face of the Carrero male grooming line for years. His father monopolised on his natural good looks, sex appeal and charming nature, so he has grown accustomed to always being around show business and rich people. He has a brother called Arrick, who is a few years younger but they get on really well. His best friend is equally rich and good looking, playboy Daniel Hunter.
He is from an Italian family, so, of course, he’s bilingual in both English and Italian. Brought up in New York city he has a typical New york upper east accent. Dark hair and green eyes, paired with a year round olive skinned tan which makes for a dreamy package.

Jake is really laid back for someone of such importance, he’s quick and smart, has a good business head but at the root, he’s really a decent guy with an attentive nature. He seems to be able to mould into any situation, comfy in his own skin and emanates confidence, charm and wit. It’s no surprise that he’s a woman magnet and never short of a lot of dates, although Jake has commitment issues and avoids real relationships like the plague.

Jake’s style
He’s the poster boy for BAD BOY, casual clothes, jeans, t-shirts, trainers and leather jackets are definitely his comfort style, for dressing up, he likes tailored dark shirts and dark trousers but when working he’s all about the expensive cut suits. He’s never far from a pair of shades. He likes clothes and he chooses his own style when he shops. He likes to look sexy and chiselled so mostly everything he buys is fitted. He sports short spiked hair, designer stubble and always looks effortlessly groomed.

Jake’s Likes
Fun, anything spontaneous. Being young and wild. He also loves his Aztec and tribal tattoos. He loves fast cars, extreme sports and he likes physical exercise such as boxing and martial arts. He likes to travel and live his life to the fullest.
Books – He is varied with his book choices, anything from autobiographies to military fiction, espionage and occasionally paranormal. Jakes a smart cookie and likes a decent story.
Self-indulgences – Technology and cars. He’s a typical bloke, anything new and modern with lots of gadgets and buttons. His car is his biggest indulgence at over  one million dollars for the Mclaren P1
Colour – He will wear anything. For casual he’s even been known to wear pink but for nights out and work he sways more to black or dark colours. He looks best in black due to his natural colouring.
Jake’s dislikes
Sexism, men who overstep the boundaries in how they treat women. He hates infidelity in relationships. He hates people trying to play him, losing at anything or simply not being able to trust someone.
Jake’s Goals
He has his eye on the goal of taking over his family empire, fully from his father. He has a good understanding of the family business and could take it to new heights with more modern ventures. He hasn’t thought much about love and family in his own future, he’s very work focused and a workaholic at times.